On February 27, 2020, a Michigan child custody act appeal was decided by the Court of Appeals in the case, entitled O’brien, Jr., v. D’Annunizio. In the O’brien case, the mother mother appealed the trial court’s order granting the father sole legal and physical custody of the parties’ twin children.

The parties were never married and until recently got along and effectively co-parented. However, mother’s relationship with the father and one of the children (age 13) became so strained that father filed an emergency custody case.

The emergency motion to change custody alleged that the mother would “often lose her temper without control” which constituted a change of circumstances sufficient to modify custody. In her response the mother alleged that the child has been consistently disrespectful to her. The tensions with mother rose so high that the police were called to intervene and the trial court granted father temporary sole legal and physical custody pending a hearing on the issues.

At trial the court concluded that revisiting the custody arrangement was warranted because of the extreme co-parenting difficulties which had a high toll on the children’s well-being. The trial court considered each of the 12 statutory best interest factors pursuant to MCL 722.23 and cited relative evidence to each factor and concluded that it was in the children’s best interest to award father sole legal and physical custody because of mother’s “bizarre and concerning behaviors.

I have been exclusively practicing divorce and family law in Michigan for over two decades. The Oakland County Divorce attorneys at Findling Law practice statewide. We share the core value of practicing law to help people navigate change in their lives, without compromising principles.  We specialize in high socio-economic, high-profile and high-conflict cases, while also working with clients of all backgrounds. We recognize that the most important aspect of the practice of law is the application of the law to your specific circumstances.That is why we provide more free information on divorce and family law than any other Michigan law firm. We want to help you manage your situation. Allow our exceptional legal team to help you navigate the change in your life, without compromising principles. 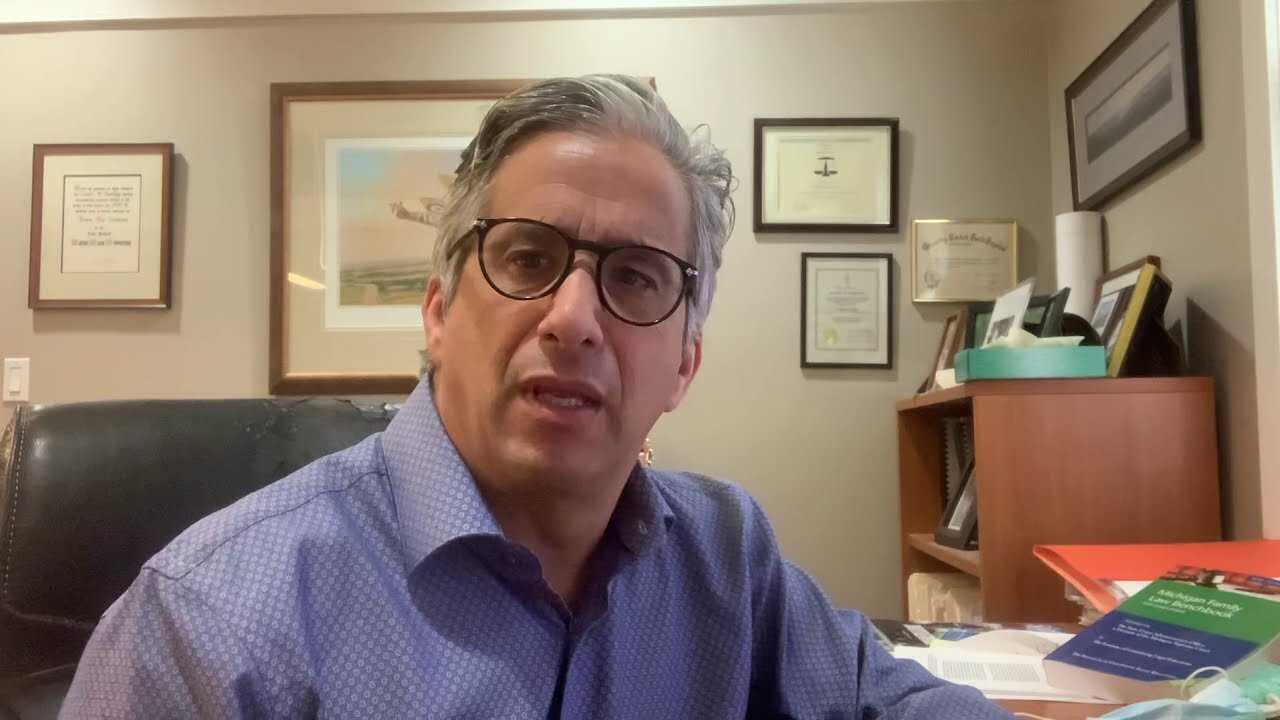 Michigan Divorce Laws – Everything there is to know.

There are two paths in every divorce, the emotional path and the legal path. We trust that you understand how you feel. We help you understand the law. The post Michigan Divorce Laws – Everything there is to know. appeared first on 248-399-3300 Findling Law.

Remote learning and divorce. What if you can’t agree?

The seminal case on choice of school issues is Pierron v. Pierron and we have you covered with the nitty gritty details on how the process works. The post Remote learning and divorce. What if you can’t agree? appeared first on 248-399-3300 Findling Law.

When can a court suspend parenting time?

Prior to suspending parenting time of a party, the trial court must hold an evidentiary hearing and find by clear and convincing evidence that continuation of parenting time would endanger the child’s physical, mental, or emotional health. Rozek v Rozek, 203 Mich App 193, 194-195; 511 NW2d 693 (1993). The post When can a court suspend parenting time? appeared first on 248-399-3300 Findling Law.

Is it important to be the first to file for divorce? It may be.

Summer parenting time with Covid. How to parent?

With Memorial Day in our rear-view mirror, we look forward to summer. Sunny days. Lemonade stands. Pool toys. Boats. Games of capture the flag. Ice cream trucks. Sleep-away camp. These are just some of the many things we associate with the summer months in the great State of Michigan. Unfortunately, we are entering summer during[...] The post Summer parenting time with Covid. How to parent? appeared first on 248-399-3300 Findling Law.

Spousal Support in Michigan. How can you get it or will you have to pay?

Michigan Compiled Laws Section 552.23 provides that a Michigan court can order spousal support if the estate and effects awarded to either party are insufficient for his/her support. The post Spousal Support in Michigan. How can you get it or will you have to pay? appeared first on 248-399-3300 Findling Law.

What is a “Black Swan” event and why do financial and news outlets from Forbes to Yahoo and CNN to the Wall Street Journal keep using this mystifying term? Black swan events generally are unpredictable events far beyond what is typically expected and have potentially severe and catastrophic consequences. While some leading epidemiologists and public[...] The post COVID-19, The Financial Markets, Black Swan and Divorce appeared first on 248-399-3300 Findling Law.

Can a court force you to stay in business with your ex?

There is an old adage in Michigan Divorce and Family Law cases. “You do not want your ex as a business partner”. However, in a recent Houghton Circuit Court case, that is exactly what the trial court ordered. On Appeal, the Michigan Court of Appeals address the issue if a divorce court can force you[...] The post Can a court force you to stay in business with your ex? appeared first on 248-399-3300 Findling Law.

The CARES stimulus in a Michigan divorce – who gets the money?

COVID-19 is responsible for a concerning increase in domestic violence as well as a depletion of resources available to those in need. The post COVID-19: THE CONCERNING SURGE OF DOMESTIC VIOLENCE appeared first on 248-399-3300 Findling Law.